If you’re managing your own investments, following world events and investment news is a way to try and anticipate how they could influence the value of your portfolio, further down the line.

To help keep you on track, here are some of the major events that have occurred over the past weeks, with a particular focus on how they may have influenced the stock market and your investments.

Please be aware that while this article is intended to be helpful, it should not be considered financial advice. Your capital is at risk if you invest.

As the new leader of the Conservative party, she’s promised to back businesses and slash taxes.

While the size of tax cuts may have been welcome news for some individuals and corporations, it's coming at a heavy price for the UK Government. They will need to borrow money to fund the tax cuts, adding to the national deficit and unnerving investors, already concerned by the impact of the Ukraine invasion. The alternative to more borrowing appears to be heavy reductions in public spending.

The markets seemed spooked by the Chancellor’s radical plans and lack of an independent forecast. In the last week of September, the FTSE100 suffered from further dips. The index has been on a bumpy ride, zig-zagging down -6.1% over the month leading up to 28th September 2022.

The FTSE250 followed the same trend, though the changes were even more pronounced and it dipped -14% over the same period.

High inflation and borrowing have put pressure on the stability of the pound, which plummeted to a 40-year low against the US dollar in September.

UK inflation is at its highest level for decades, hitting 9.9% in August and is expected to peak at 10.5%. To slow down inflation and help restore its credibility in the markets, the Bank of England increased interest rates again in September, but some investors are already losing confidence in cash and debt instruments.

UK consumers are bracing themselves for a recession. This means Consumer Discretionary sales (goods/services considered non-essential) are likely to suffer as shoppers limit spending on things like holidays and hospitality. Retail sales already fell 1.1% between June and August, with online sales and fuel taking the biggest hits.

One area where spending remained strong is on everyday groceries, with an increase in this category suggesting people may be substituting meals out with more affordable, home-cooked alternatives.

Just over the channel in Europe, things are looking a little better. But soaring inflation is still wreaking havoc on consumer spending. Latest figures show inflation in the EU hit a whopping 9.1% in August, up from 8.9% in July.

Between August and September 2022, the EuroStoxx index fell -6.2%. In Germany, the DAXX has fared even worse, shouldering losses of -9.5% over the same period. The French CAC 40 and Spanish IBEX 35 also suffered plummets, as shown in the graphs below.

Rising inflation and market volatility may not have been caused by rising energy costs, but they are undoubtedly making it worse. As EU countries grapple with the impact of sanctions imposed on Russia, households are feeling the pinch and customers are tightening their purse strings in response.

North America: USA bucks the trend but isn’t out of the woods

In the US, investors have been on a real rollercoaster ride, with significant volatility in the financial markets. The S&P 500 has been on a tumultuous downward journey, as shown in the graph below.

These movements have largely been driven by high inflation (around 8.2%), and crucially, how the Federal Reserve has responded to it.

The Fed has suggested ramping-up interest rates to try and counteract inflation. But Wall Street veterans have issued warnings that this could plunge that fragile economy straight into a deep recession. And as the central bank weighs up its options, investors are swaying with uncertainty.

However, US markets did buck the trend against Europe over the six weeks to 28th September. As fuel prices slowly settled, consumers responded to the corresponding increase in their disposable income by going shopping… With retail sales jumping up by +0.3%.

The good news continued as the US Department of Labor revealed unemployment in July 2022 had fallen back to pre-pandemic levels.

This extra income in people’s pockets could also help to explain the boost in discretionary spending, but customers were clearly not splashing out on hardware or homeware. Furniture and tech stocks have recently plummeted, with Healthcare also taking a blow in September.

The China Shanghai Composite fell sharply in the second half of September as it struggled to restore investor confidence.

The country’s zero-COVID policy meant that businesses were squeezed as consumers could not spend. Discretionary consumer stocks fell by around -14% between July and September, possibly also driven downwards by high youth unemployment. The prices of new homes also continued to drop, as the property market sagged under pressure.

In Japan, inflation hit an eight-year high. Unlike other countries, the Bank of Japan is not raising interest rates, in a bid to attract and retain international investors. This tactic may have slowly started to pay off as the Nikkei 225 edged upward, but performance was volatile throughout September.

Elsewhere in the region, climate change has been wreaking devastation, with natural disasters colliding with social poverty. In Pakistan, for example, more than 1,500 people have died from recent flood-borne diseases. And as these countries continue to grapple with aggressive floods and heavy rains, industries like agriculture and textiles could also suffer.

The World Bank has warned that a global recession is on the cards. And it seems likely that certain regions, including the UK, are about to take a hit.

In these darker times, it may be tempting to cut your losses and liquidate, but history has suggested that this is nearly always a mistake.

Although past performance is not a reliable indicator of future results. If we use the performance of the FTSE100 as an example, since 1985, share prices have increased by almost six times in value.

There is no right answer when it comes to investing, so your decisions will depend on your own situation and circumstances.

However, during times of uncertainty, it can be sensible to diversify your portfolio with a variety of assets and focus on investing for the long term. Given the current economic context, thinking about investments over a time horizon of at least five years could be considered appropriate.

In theory, there may be bargains to be snapped up if investments are undervalued due to a lack of general market confidence (rather than the strength of the underlying investment). Either way, it’s important not to be lured into taking any risks you’re not comfortable with.

Because the tide of public opinion can be deemed to have turned against companies like fossil fuel generators, these businesses might be considered to be undervalued due to a collective emotional response from investors.

If that is the case then these businesses could represent lucrative investments. But in such a situation, you may wish to consider whether the culture and values of the businesses you’re funding align with the world you want to live in. Especially when there are alternative options available that focus on Environmental, Social or Governance.

That’s all for this market review!

If you choose to invest, please remember your capital is at risk. You shouldn’t invest in or use any financial product unless you fully understand it.

Head to the Plum blog to learn more about how to invest.

You can use the Plum investment app to set aside small amounts, create a Pocket that pays interest (like a savings account) or start investing. You can trade stocks (buy or sell fractional shares) or choose from our range of mutual funds. Check out our website to learn more about investing with Plum. 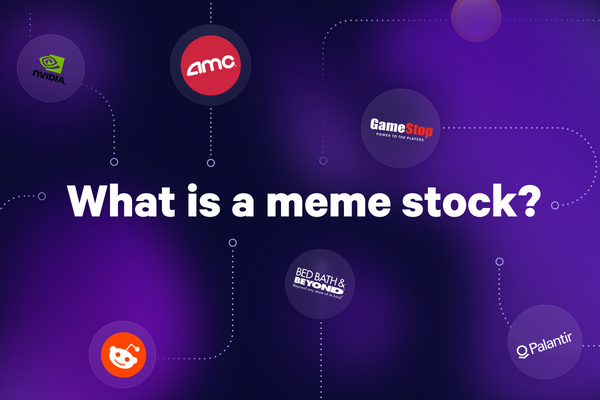 In recent years, we’ve seen the emergence of “meme stocks” – one of the most infamous cases being the GameStop mania of 2021. But what are they? Are they worth investing in? Find out in our latest article. 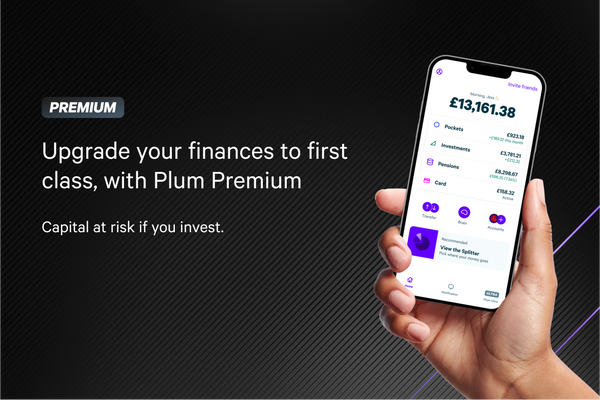 Plum Premium, gives you access to everything we offer for £9.99 per month. We think it’s one of the best monthly subscriptions going… but you can try the features yourself, for free!