A meme stock is simply a stock or share whose value has turbocharged thanks to organised online traders. It’s a stock that’s gone viral.

The rise of the meme stock movement is a fascinating collision of culture, politics, and investment. Many of these traders – who call themselves “Apes” or “Dumb Money”- identify deeply with their investments and communities. They even have their own language! Often, they set out to disrupt the status quo of Wall Street and preserve much-loved or nostalgic companies.

Why is it called a “meme” stock or “meme stonk”?

Most people associate memes with popular captioned pictures. Over the past two decades, we’ve seen Sad Keanu, That Escalated Quickly and Grumpy Cat, to name a few. What makes memes different from other images is how they are shared. In just a few taps, they can go viral. In the same way, certain shares can rocket in popularity too.

As more ordinary people now enter the stock market with affordable trading apps, many follow the recommendations of their favourite traders on YouTube, Reddit, or Twitter. One of the most infamous sites is known as “Wall Street Bets” on Reddit, but other influencers on Twitter include Elon Musk, Chamath Palihapitiya and Cathie Wood. Within a few days, a dwindling stock can become a global internet sensation, hence the name “meme stock”.

Some traders refer to their stocks as “stonks”. This is probably a play on words and reflects the satirical idea that they are not as smart as Wall Street traders.

Do meme stocks have a political agenda?

Everyone is different, and not all meme stock traders will be politically motivated. However, many of the original meme stock leaders and adopters did have an agenda. They wanted to use finance to dismantle certain Wall Street practices, like “shorting”.

“Shorting” or “going short” means betting against an asset. Traditional traders – and especially hedge funds – borrow a stock and sell it. After a little time, they hope to buy back the stock again at a lower price, return it to the original owner and pocket the difference.

Of course, shorting only works out if the stock decreases in value. If a hedge fund shorts a stock which increases in value, the institution will lose money buying it back. And that’s exactly what many original meme stock traders were hoping for. When this happens, it’s known as a “short squeeze”. Or in this case, “The Mother Of All Short Squeezes – MOASS”, to use the internet lingo.

As meme stocks went viral, some hedge funds lost so much money that they went out of business. On the 18th of May 2022, for example, an investment management company Melvin Capital made headlines around the world after it was forced to shut down following heavy losses from a meme stock called “GameStop”.

Many of today’s “Apes” remember the social impact of the harrowing 2008 Financial Crisis. They saw unsustainable greed from Wall Street create destitution, homelessness, and unemployment. Practices like shorting played a big role in the economic collapse, and now a good proportion of meme stock traders are looking to punish these tactics. They are not alone. According to Motley Fool, less than half (48%) of people think short selling should remain legal. The rest either believe it should be banned (26%) or don’t understand how it works (26%).

In some rare cases, the board of the meme stock corporation does listen closely to the new shareholders and take steps to make the company more genuinely valuable.

Adam Aron, for example, is the CEO of meme stock company, AMC Theatres. Aron has listened closely to the “Apes” and implemented several of their ideas. For example, the theatres are accepting crypto and issuing commemorative NFT tickets for new movie releases. Importantly, he also pulled out of a stock split when his shareholders raised concerns. This strengthened faith in the company, and Aron is now lovingly referred to as “the Silverback”, for his loyalty and leadership to the “Apes”.

However, in many other cases, the dramatic boost in investment only makes the company superficially valuable. It still has many of the underlying problems that caused it to be shorted in the first place.

Another example of a meme stock (which hasn’t gone so well) is Bed, Bath & Beyond. Since going viral, the homeware company has been on a tumultuous ride. In a single day, it can rocket by 23.8% or plunge by 29.1% which is not reassuring for investors. At the time of writing, the stocks are dipping, falling by nearly 10% to just $5.94 within five days.

Overwhelmingly, meme stocks are not good investments if you’re looking to make steady returns. They are exceptionally volatile. And often the valuations are based on social media hype, rather than the fundamentals and long-term projections of the company.

If, however, you want to be a part of a cultural phenomenon and can afford to lose some money, it could be an interesting rollercoaster while it lasts.

The problem with meme stocks is that usually, by the time you hear of the viral stock, it’s already too late. And so, the risk of paying massively overinflated prices and then losing money, is very high.

Generally, well-seasoned investors avoid these types of assets. According to a study by Motley Fool, those with at least ten years of investment experience were least likely to buy a meme stock.

Please remember that your capital is at risk when you invest, and the value of your investments can go down as well as up.

What is the right way to invest?

Pouring a lot of your savings into just one stock is extremely risky – it’s more like gambling than investing. For the best results, experts recommend spreading your wealth across many assets with different income streams, a process known as “diversification”.

With a little research, you can create a diversified investment portfolio, which should offer much steadier returns than a volatile meme stock.

The information contained in this article is for general guidance only and is not intended to constitute investment advice or any other advice or recommendation.

You should not invest in, or deal in any financial product unless you understand its nature and the extent of your exposure to risk. You should also be satisfied that it is suitable for you in the light of your circumstances and financial position. 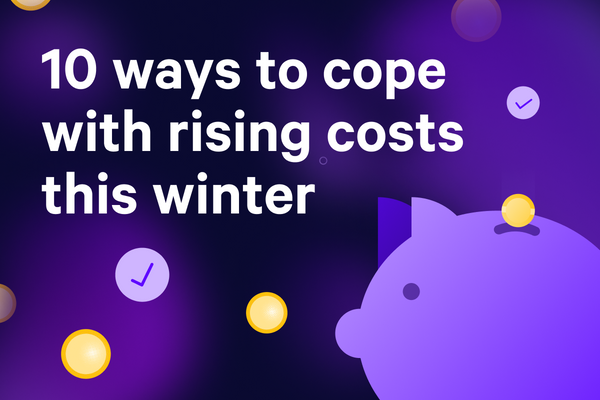 We want to support you in whatever way we can, so we’ve put together 10 ways that might help you save money this winter. It’s in no way the solution to the situation, but hopefully it can help in some small way. 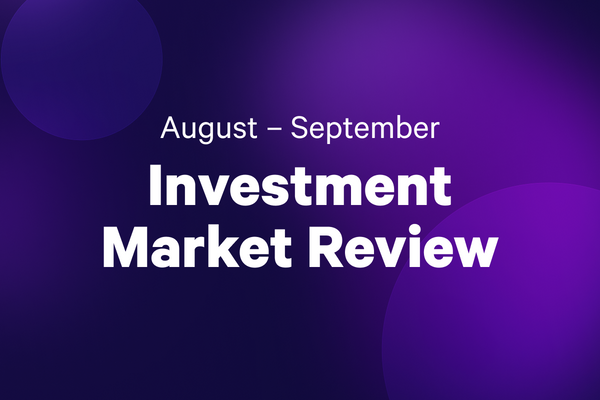 To help you keep an eye on world events and understand how they might impact the value of investments, we’ve put together a review of news that affected investment markets during August and September.