Over the last five years we’ve seen an exponential rise in tools sharing tips, tricks and visualisations about how you can better manage your money. Maybe you went a little overboard at the pub, or threw some unnecessary cash on coffee-to-go every morning last week. Whatever the guilty pleasure, there’s something out there to wag a finger at you after you’ve committed the crime. Let's face it, we all spend money where we shouldn't sometimes. It's probably just part of being human.

We’ve got very used to the notion that if we have no money then we’re to blame. It’s our carelessness that drew us towards that impulse purchase, or our shortsightedness that led us to spend that little extra last week.

For all too long, having no money has been largely demonised; the ‘cure’ has been to educate people into ‘behaving better’.

Recently however, behavioural economists have started to realise that there's more to a lack of money than good financial literacy and smart decision-making. In fact, it's way more complicated than that; having no money has a profound impact on our ability to lead lives that are anything more than short-termist.

In a nutshell, the chances are, you probably have no money because you have no money, not because you're fundamentally bad at making smart choices. The negative feedback loop to not having much money is very powerful.

Introducing the concept of 'scarcity'

Money is tight. Nearly half of all household income is spent running a home, and the cost of rent alone can rise to as much as 49% of income in some areas of the UK...and that’s just housing. With this in mind, saving money is much easier said than done. For many, long-term decision-making is hampered by short-term needs when it comes to financial planning. When you look at this landscape, it’s very easy to see how age-old comments of just 'tightening your belt a bit more' are neither always right, nor fair.

Enter ‘scarcity’: whilst being smart can affect your ability to make good decisions, for the most part the second truth has been most widely ignored: making smart decisions is impaired by having no money, not by being intelligent or not.

If you’re not convinced, check out this study illustrated by Rutger Bregman in ‘Utopia for Realists’:

“It all started when I accidentally stumbled on a paper by a few American psychologists. They had traveled 8,000 miles, to India, to carry out an experiment with sugar cane farmers. These farmers collect about 60% of their annual income all at once, right after the harvest. This means they are relatively poor one part of the year and rich the other. The researchers asked the farmers to do an IQ test before and after the harvest. What they discovered blew my mind. The farmers scored much worse on the tests before the harvest. The effects of living in poverty, it turns out, correspond to losing 14 points of IQ. That’s comparable to losing a night’s sleep, or the effects of alcoholism.”

How scarcity changes our brains

People change their behaviour when they perceive a thing to be scarce. What that thing is doesn’t matter too much; it can be time, money or food. This narrows your focus to your immediate deficiency. If something isn't urgent, you deprioritise it, and that includes things like mid to long-term finances. You don't worry about your pension when you're thinking about how to put food on the table.

Many institutions, like banks, have learnt to capitalise on the scarcity mentality. There's nothing like offering you a bad deal when you're desperate. In fact, there's a whole industry that exists on kicking you when you're down: the payday loan industry. In a similar vein, you can get charged £12 for going £1 over your credit limit - but chances are you really needed that money. Many of these negative financial occurrences have in part been engineered to profit from scarcity.

How Plum saves you from scarcity

It's very difficult to think long-term about your finances, all whilst doing the best thing for yourself in the short-term and dealing with the rest of life at the same time. That’s where Plum comes in.

We don’t believe that slapping you on the wrist is the way forward - there are many apps out there that do. 'Nudging' you towards certain behaviour completely ignores the context of scarcity. You’re often too strapped for cash and time to even think about the long-term. It’s hard to think about the do’s and don'ts when it comes to investing when you’re about to get hit by an overdraft fee. Equally, it's not easy to work out what to save when you've got a fiver to last you until the end of the week.

And so, Plum is built with this is mind: we know how hard life is without having to worry about the future of your finances, yet doing so is equally important.  We're not building a paternalistic tool to steal your willpower, and we don't want to tell you where you spent your money hoping you'll 'learn a lesson' from past mistakes.

Plum aims to rid your life of moments of financial deficiency, so you can in turn focus on what's best for you. Used Plum and have a few hundred pound saved for the first time? This time round if your car fails its MOT you'll have a stash of money stored away to help you. You won't even have to consider grasping those bad loans or credit. Plum is the spark that ignites a positive chain reaction in your finances.

Plum is your money's best friend, and is here to make sure your long-term financial well-being isn’t jeopardised by the short-term urgency of funding your everyday life.

You can rely on Plum to be your financial brain if and when "scarcity" mentality takes over - we got your back. 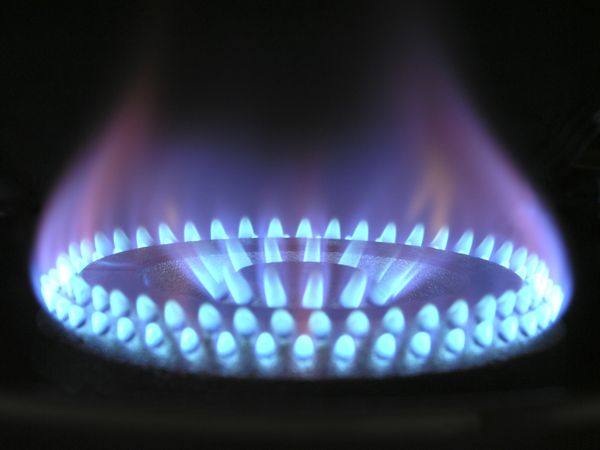 How Plum is making sure you never overpay on your energy bill again.

We break down what it is and how much better off it could make you.