Ahh, we know the feeling. You start the month full of optimism, paycheck deposited in your current account, and vow that this time, you’ll get to the end with some money to save. Yet somehow, the 31st rolls by, and you’re broke. You didn’t manage to save at all, even though that’s what you genuinely wanted to do!

It’s a scenario that will look very familiar to most of us; according to the Money Advice Service, 10.7m adults in the UK don’t save regularly, and 11.5m have less than £100 in savings to fall back on.

Of course it can be harder to save large amounts when money is very tight to begin with, but many people struggle with saving even if they earn far above minimum wage. You know the old adage that a task expands to fill the time you’re given to do it? Money is the same: however much you have, it never seems to be enough!

The problem with saving is less about how much money you have at the start. It is more about how you make financial decisions throughout the month. There are a few specific reasons for this, according to behavioural scientists.

First, we’re focused on the present. A behavioural scientist would call this “present bias”. Present bias makes it hard to save because it means that most of the time we prefer smaller rewards now over larger ones later. If we are given the choice between receiving a smaller sum of cash today compared to a slightly larger sum of cash tomorrow, we have a preference for the smaller sum today. This is our present bias. As long as we are (relatively) comfortable with the status quo, we won’t want to change, however much our future selves would appreciate it.

As creatures of the present, we also struggle to accurately account for our future feelings. As an example, imagine that I ask you now if you would prefer salad or fish and chips for dinner next Wednesday. You would probably say salad, as you know it’s better in the long run to eat healthily. Yet Wednesday rolls around, you’re tired and hungry, and before you know it, you’re at your local Chippy, ordering your usual cod and chips.

The deliciousness of fish and chips aside, it’s easy to say you intend to do something in the future, but when that future rolls around, other things (your time, your level of hunger, the alluring smell of fried fish) are more influential.

Another reason why making the ‘right’ choice is difficult is due to our brain’s limited processing capacity. The world is an infinite place and your mind - whilst amazing - is only a finite thing. There is more information out there about how to save, when to save, and the common downfalls than anyone could efficiently process.

People can feel overwhelmed by information, particularly where their finances are concerned, and fail to pay attention to financial decisions. This would explain why, when confronted with a ton of different ways to save, we often bury our heads in the sand and don’t save anything at all.

These behaviours are all very normal but not ideal when you want to start saving! Luckily, there are a few ways that we can hack our brains and work with them to make saving a lot easier.

Firstly, timing can help you out a lot. Behavioural scientists have suggested that moments of change in your life are the best time to start new money habits. So a new year or a birthday could be the time to start doing things differently.

A new monthly income is another good opportunity for change. Studies have shown that we are much happier to increase contributions to our pensions in the future when we get a pay rise, compared to agreeing to part with money now. People who do agree to allocating a portion of their future salary increases towards retirement savings end up saving more (Thaler & Benartzi, 2004).

Secondly, we can use goals. There’s something called the “goal gradient hypothesis” which describes the way people complete tasks more quickly when they are progressing towards a goal. And the proof is in the pudding: according to NS&I data, people who set a savings goal save faster and up to £550 a year more than people who don’t!

In the past, penny-savers would have been able to see the coins adding up in the jar and derived satisfaction when the jar was filled. Today, we can use technology to set our goals and track our progress digitally instead. Look out for more from Plum soon on goals...

Ultimately, behavioural science would say that the best way to start saving, or stick to saving if you are finding it hard, is through automation and helpful defaults. The second person to win a Nobel Prize for behavioural economics, Richard Thaler (working with Shlomo Benartzi), has used automation to help 15 million Americans save billions of dollars more towards their retirement. The UK Government has used automatic enrolment to help 10 million workers start saving into workplace pensions–they saved £90.4 billion in 2018, which is pretty amazing!

And automation is helping Plum set aside more money too! Once you link your bank account, Plum works by analysing your income and expenditure to identify where small deposits can be made on your behalf, every few days. This money will be moved to your Plum Savings without you having to do anything further. Because the amount is tailored specifically for you it means we’ll never leave you short, so you always have money when you need it!

So while human nature may make saving difficult, there are some great solutions out there. Have you struggled with saving? Share your story with us via Facebook or Twitter. 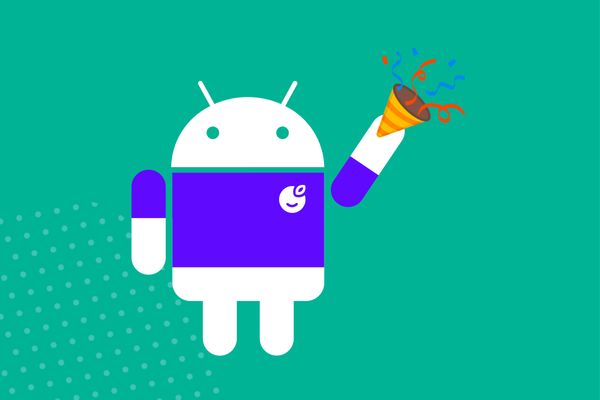 If you prefer your Plum more 🤖 than 🍏 we’ve got some great news! We super-excited to announce the launch of our brand new Android app, which is now available through the Play store!

When people hear the word millionaire, they often tend to picture an entrepreneur with a single idea or invention that makes them a fortune. But there is more than one way to make a million!