Last month we kicked off the first virtual event in our Plum Talks series by discussing whether Athens is becoming Europe’s next startup hotspot.

If you couldn’t make it or need a quick refresher, read on to discover the top ten takeaways from the session.

It should come as no surprise that Christos and Victor chose to set up their respective companies in Athens because they both spoke "the native language".

But it wasn’t a total heart over head situation. Both CEOs saw that Athens has a diverse and ambitious young workforce that they wanted to tap into, particularly in the tech sector 🤖

This talentpool, combined with Greece’s beautiful beaches, made it a truly "unbeatable" place to live and work according to Victor.

When establishing their companies in Athens, Christos and Victor faced similar challenges.

For Christos, it was the bureaucracy that came as something of a shock. In the United States, it took him only 1-2 days to register Gaspardesk, while in Greece it took a lengthy 35-40 ⌛

Victor encountered the same problem, but for him the main issue was the complexity of the Greek tax system. This meant that when an employee’s salary increased, a bigger tax "burden" was put on the company.

Both CEOs recognised that this needs to change so that employees can continue to progress, companies can hire more people, and growth can be accelerated.

According to Victor, if the Greek government wants to foster a startup ecosystem, it needs to create the incentives to attract entrepreneurs from across Europe.

For example, in Cyprus, the government provides tax incentives for investors in innovative small or medium sized businesses as well as start-up visas 🛂

By implementing these initiatives now, Christos thinks the Greek government could capitalise on the fact that more people are connected to Greece through remote work and view it as an increasingly attractive prospect.

Collaboration between Greek businesses and startups is needed from an investment perspective, but it might not necessarily create an entrepreneurial ecosystem in Athens.

As Victor highlighted, "It’s very difficult for big businesses to innovate because it’s so expensive" 💰

He suggested that rather than focusing on building innovation centres or internal investment opportunities, big corporations should find ways of supporting their employees so they can ‘take a leap’ and found their own companies.

Expanding Gaspardesk beyond Athens is currently an option for Christos.

In the future he envisions a hybrid model of working that combines time in the office with time at home. As it stands, Gaspardesk is "location agnostic" and wants to create flexibility for new joiners across Greece.

For Victor, setting up outside of Athens isn’t on the cards right now. Plum is currently too young to have multiple locations in Greece, but he doesn’t rule it out completely.

(6) If you're looking to join a startup, you need to have the right mindset 🤔

Startup life is notorious for its highs and lows, so they’re both on the lookout for people who feel comfortable taking risks, failing and learning from their mistakes.

They’re also after people who either want to build their own companies or who believe that their company is the only place they can realise their vision.

It’s all a matter of values and motivation. For Victor, "Your salary is just a filter for how much you care about what you’re doing".

(7) Startups need to sell the dream when hiring 🦄

When it comes to attracting new talent, Christos is very clear. Startups need to be very open about their situations, especially when the company is at an early stage in its development.

But, as Victor pointed out, "That doesn’t mean that they [startups] can’t sell the dream" 🌈

He thinks you should make people understand what they stand to gain by joining an early stage startup. Being part of a company that is scaling is a unique experience that not many people have in their lifetimes.

While nobody’s quite sure what the implications of Brexit will be, Victor doesn’t see it as a positive development for London’s startup ecosystem.

He thinks that a gradual shift will take place and the centre of fintech could end up in Europe.

(9) We should still reach out and make connections 🤝

We haven’t been able to meet up and chew the fat on all the latest developments in startup industry over the past year but, as Christos reminded us, most Greeks are very open to meeting up for a coffee and chat, especially if you want to discuss entrepreneurship ☕

(10) Gaspardesk and Plum have some big plans in the pipeline 🔮

Christos told us that Gaspardesk plans to grow its presence in Greece and increase its workforce by autumn 2021. Building brand awareness is also a big item on his agenda.

As for Plum, Victor shared that the company plans to expand into France, Spain and Ireland in the coming year. He also hinted at the launch of a new trading product in the UK and the potential of a Plum card coming soon 💳 It’s certainly safe to say Plumsters need watch this space for new developments!

Thanks to everyone who attended our first ever Plum Talks! To tune into our next episode and for all the latest news, check out our Instagram and Twitter. 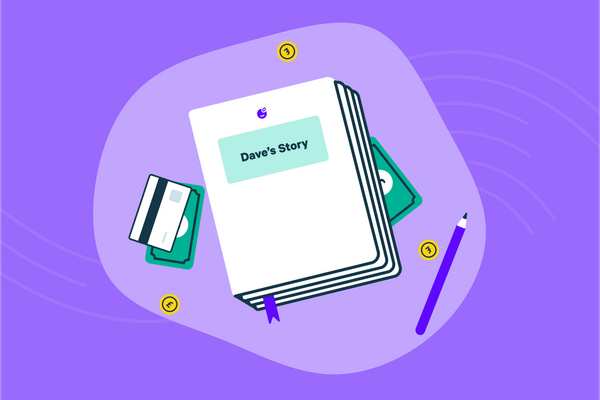 From thinking he would “never be a saver” to having 10K in the bank, Dave shares with The Plum Diary how he stopped living in his overdraft and became financially better off. 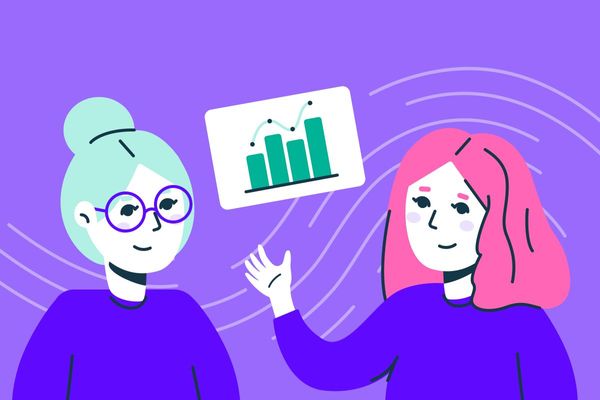 Here at Plum, we are proud to be creating a platform which can help thousands of people begin their investment journey, and we would like to take this opportunity to celebrate our growing female investors.